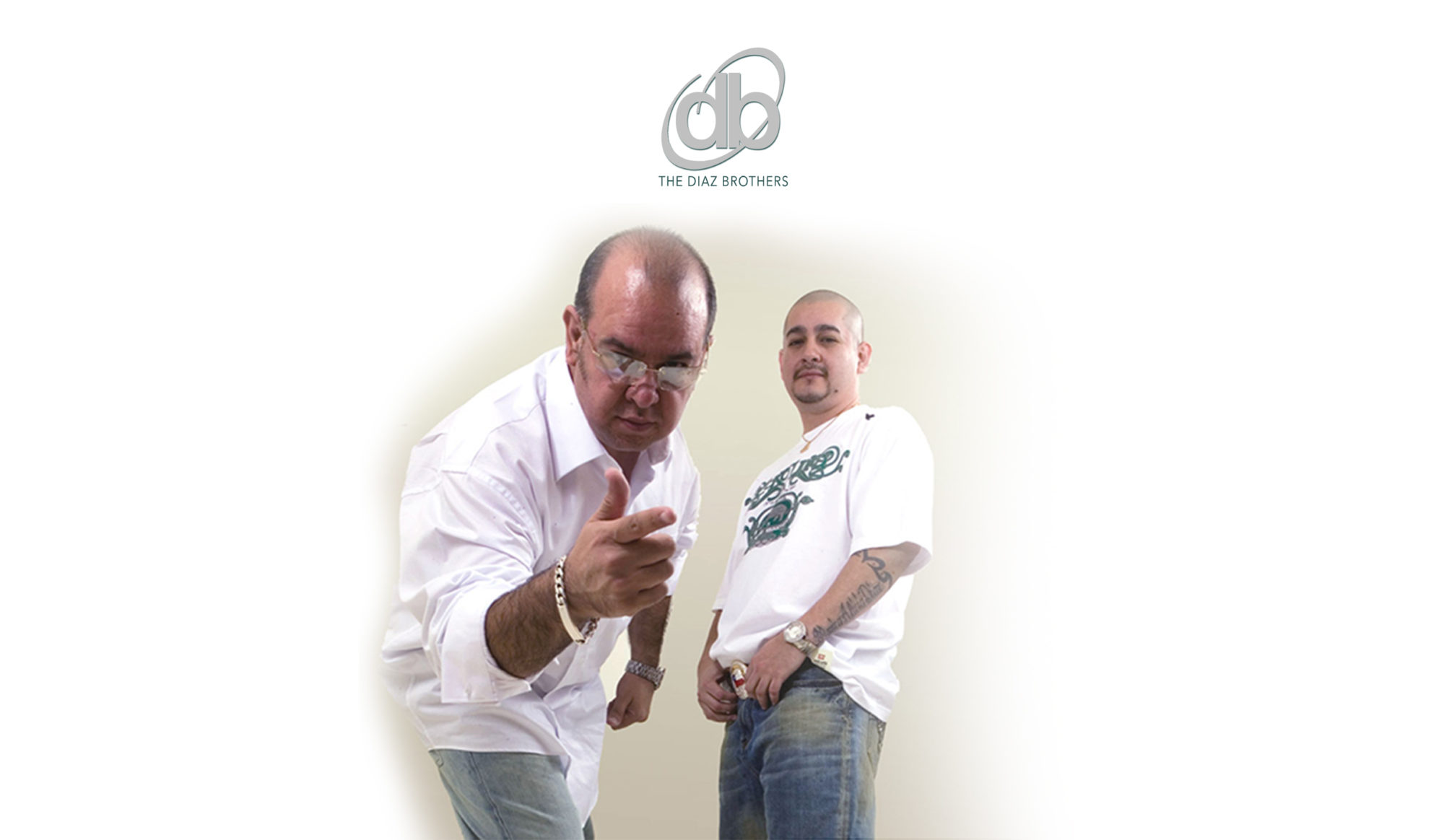 From Wikipedia, the free encyclopedia

ContentsLu Diaz and Hugo Diaz are brothers who form the Diaz Brothers music production team based out of Miami, Florida. Although they feel they are not limited to one type of music, their primary focus is on Hip-Hop, and are most famous for bringing the Cuban rapper Pitbull to fame. They began their careers when Lu took to producing Miami Bass and Freestyle records in the late 1980s, which remain somewhat obscure today.

Hugo Diaz and Lu Diaz and were Born in Santiago, Chile, moving to South Florida in 1976 when Hugo was three years of age, and Lu was eight. Lu began his music career by playing drums in local rock bands like New Impact” & “Paradise Alley. After Lu’s departure fromNew Impact the band changed their name to The Goods and were later produced by the legendary Tom Dowd. By 1982, Lu had taken an interest in Hip-Hop aside from being rooted in the Rock music of the day. After his long time friend LIL Danny B brought over his freshly bought drum machine, a Roland TR-505 in the mid-1980s, he became hooked on Hip-Hop production.

Lu began taking note that the mainstream success of Freestyle was coming to an end in late 1990 due to the dominance of the new breed of House music coming from NYC and Italy. There was also a brief fling that major labels had with Miami Bass in 1989, but by 1990, all the majors had left town, leaving Bass Music to the local independent labels to buy and sell amongst themselves. Seeing his chance for fame and fortune slipping away, he turned his efforts to engineering music for theMiami area major studio as a way to support his family. In spite of this, Hugo was not so quick to quit the Hip-Hop game, and took control by utilizing Lu’s Akai MPC-60 sampler.

Lu met up with a local aspiring rap group named Real Raw and booked them at Online Studios to record their debut Miami Bass single, Drop them Draws. During the recording session, Hugo, the younger Diaz brother, stepped in to critique the work, playing 2 Live Crew‘s Move Something as a positive example of what should be done. Once complete, Lu setup World Premier Records to release the single. After receiving airplay on local radio giant Power 96, Lu and the group realized they had a minor hit on their hands and returned to Online Studios, recording their full length album in 1989, also entitled Drop them Draws.

After seeing this success, Online Studios’ owner Danny Cannary stepped in come 1990 to offer his assistance in running a label with Lu developing new talent. With that, World Premier Records ended, and the partnership of Danny C, Danny B and Lu setup Tone Def Records. Lu, along with Lil Danny B, began production on aFreestyle/Bass hybrid song titled Be With You Tonight for the group Power Patrol. Although Lu was not sure if his debut record for Tone Def Records met his aim quality-wise, they released the record, and quickly found they had a larger hit on their hands than their previous efforts. This strengthened the relationship the label had with local mega radio station Power 96, which in turn brought on-air talent into the studio to help out with records (notably, DJ Laz performed scratches on the track Cuban Booty by Twice as Nice). This led to further records, such as Respect by Kool Kris, as well as signing acts such as Breezy Beat MC.

After a number of months, Hugo returned to Lu, announcing that not only did he have Hip-Hop groups that he was producing, but he had scored a deal with Atlantic Records. Hugo asked Lu for engineering help, sparking the official team that would become The Diaz Brothers. However, after the an A&R staff turnover withinAtlantic, the groups floundered, and Lu’s engineering gigs returned to the front burner.

Lu Diaz became one of the most reputable engineers at Circle House Studios, earning jobs recording everybody from The Baha Men to P Diddy to 50 Cent toJuvenile, Beenie Man, Trick Daddy, Lil Scrappy, Beyoncé, Toni Braxton, Mary J. Blige, Lauryn Hill and the entire Marley Family. As a result of his reputation as engineer, The Diaz Brothers scored remix jobs for several major artists, including The Rolling Stones and Wyclef Jean. When one of their remixes done for Clefbecame a hit, they took the opportunity to ask Clef for advice on their careers. Clef gave one important nugget of info: “find one hot new artist and invest yourselves into that.”

Keeping their eyes peeled for someone who’d fit the bill, Lu Diaz met a very charismatic young man during a recording session for Luke Records. Thinking the young guy was an intern at the studio led to a boisterous conversation with the young guy, who admitted that the track Lu was mixing was his, Pitbull‘s. Shocked at not only the quality of the rapper, but the charisma of the man he was speaking with, Luis extended the offer that if the rapper was ever freed from his contract at Luke Records, he should give the Diaz Brothers a call. Surprisingly, a few months later, Pitbull did call, and their unification immediately rocketed both the rapper and the production crew to worldwide fame.

The Diaz Brothers recently signed a Miami artist named Casely in the hopes that he will follow on the heels of the success of Pitbull. They’ve also produced tracks forDaddy Yankee, Aggro Santos, Lil Jon & the East Side Boyz, Lloyd Banks, DJ Khaled, Trick Daddy, Trina, Brisco and the 2 Fast 2 Furious Soundtrack.